Former head of RSC Energia and general director of NPO im. Lavochkin was given 6 and 3 years in prison for abuse of 662 million rubles. when supplying rocket engines

Major top managers of the Russian space industry were convicted of fraud with the supply of RD-180 rocket engines to the United States. Director General of NPO Lavochkin, Vladimir Kolmykov will go to a colony for three years, and the ex-head of RSC Energia Vladimir Solntsev – for six years. On January 24, the Khimki City Court found them guilty of “abuse of power that entailed grave consequences” – the investigation proved that the damage from their actions amounted to 662.3 million rubles. In addition, Vladimir Solntsev is now a suspect in another case – about fraud with the supply of electronic component base for the International Space Station. “Izvestia” understood the details of the criminal prosecution of former leaders of large enterprises in the space industry. 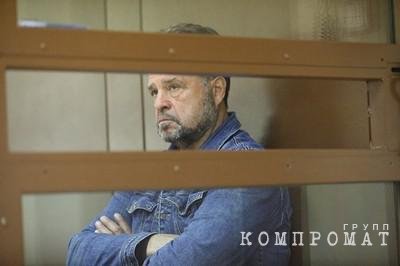 The Khimki city court passed a verdict on the general director of the Scientific and Production Association. S.A. Lavochkin Vladimir Kolmykov and the former head of the Energia Rocket and Space Corporation Vladimir Solntsev. They received, respectively, three years and six years in a penal colony. In addition, 662.3 million rubles were recovered from them as compensation for the damage caused.

By court decision, Kolmykov and Solntsev are prohibited from holding senior positions in government bodies and commercial organizations with state participation for a period of two years. Until the verdict comes into force, sums of money in the amount of 33 million rubles, 446,650 euros and $140,000, as well as funds on the settlement accounts of the convicted totaling several million rubles, will also remain under arrest. On January 12, the Kommersant newspaper, citing sources, reported the details of the criminal case against the heads of enterprises in the rocket and space industry.
In turn, in Roskosmos on the eve of Vedomosti was toldthat the damage in the amount of more than 662 million rubles, indicated in the article by Kommersant, which was allegedly caused by changes to the license agreement, “never happened.” A representative of Roskosmos suggested that publications about the damage ahead of the verdict “can be seen as an attempt to put pressure on the court.” 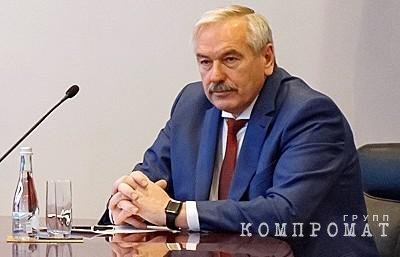 The investigation accused them of “abuse of authority that entailed grave consequences” (part 2 of article 201 of the Criminal Code of the Russian Federation) when supplying RD-180 liquid-propellant rocket engines to the United States. According to the investigation, proven in court, the criminal actions date back to 2015. Then Vladimir Kolmykov was the executive director of NPO Energomash, and Vladimir Sontsev headed RSC Energia.

At that moment, one of the major contracts of Energomash was the contract for the supply of RD-180 liquid-propellant rocket engines to the United States. It was signed back in 1996. The agreement provided for the supply of 100 engines for $1 billion, Ivan Moiseev, scientific director of the Space Policy Institute, told Izvestia.

The agreement was signed between NPO Energomash and OOO RD AMROSS, LLS.

RD Amross LLC (RD Amross LLC) was established in 1997 by NPO Energomash and the American company Pratt & Whitney (a major manufacturer of aircraft and rocket engines) on a parity basis.
RD AMROSS, LLS produced RD-180 engines for the first stages of the American Atlas III and Atlas V launch vehicles at the Energomash facilities in Khimki.
In 2014, deliveries of the RD-180 were sanctioned by the United States – an American court forbade “making any purchases or payments with NPO Energomash.” However, in May of that year, Washington lifted the ban and supplies resumed.
In 2022, Dmitry Rogozin said that under the sanctions and the ongoing NWO, supplies would be frozen. The last batch of six engines was shipped to the US in April 2021.

According to investigators, in 2015 Energomash Executive Director Vladimir Kolmykov, under pressure from Vladimir Solntsev, who previously held this position (who allegedly lobbied for his appointment), signed amendments to license agreement No. 23 with RD AMROSS, LLS. Law enforcers believe that these changes made the contract for the supply of RD-180 unprofitable both for the enterprise itself and for the state.

In particular, according to these changes, RD AMROSS, LLS, from 2022, received the right to use patents and technical documentation of rocket engines manufactured in Russia in order to manufacture them in the United States. The investigation estimated the possible damage from such changes in the license agreement at 662,279,474 rubles.

The article imputed to Vladimir Kolmykov and Vladimir Solntsev is material. That is, in order to apply it, the investigation took into account the actions or, conversely, the inaction of the defendants, as a result of which damage was caused, Vladimir Kuznetsov, vice president of the association of lawyers, explained in an interview with Izvestia. This means that the crime is considered completed from the moment of causing significant harm.

“According to the position of the prosecution, the license agreements, changed at the initiative of Kolmykov, created an economically disadvantageous situation for the corporation,” he added.

However, it is not known what the changes were, and this makes it difficult to understand how such exact damage was calculated, the expert noted. He suggested that the matter was in the exclusion of the clause on compensation from the contract.

Throughout the process, the defendants assured that there were no corpus delicti in their actions, and insisted on an acquittal. The lawyers for Kolmykov and Solntsev categorically refused to comment to Izvestia on the verdict and their further actions in this case.

The case of abuse of power in the supply of RD-180 engines to the United States was separated into a separate proceeding from another criminal case, in which Vladimir Solntsev also appears – it is still being investigated and concerns the supply of electronic component base for the module of the International Space Station.

The basis for the criminal prosecution was the results of an internal audit of the activities of RSC Energia (Vladimir Solntsev headed the corporation from 2014 to 2018), conducted in 2019 at the direction of the head of Roscosmos Dmitry Rogozin.

According to investigators, in the implementation of the contract concluded by Energia for the supply of an electronic component base for the ISS module, the tender was won by Cyclone, despite the fact that competitors offered much lower prices. As a result, the contract worth 1.5 billion rubles was broken, the deal was terminated, and the preliminary damage amounted to about 143 million rubles.

In June 2016, Mr. Kolmykov became the first deputy general director of TsNIIMash, and in 2018 he headed the NPO named after. Lavochkin. After Energomash, Mr. Solntsev headed RSC Energia from 2014 to 2018. In August 2020, he was taken into custody, accused along with the former head of NPP Istok named after Shokin Alexander Borisov, adviser to the general director of RSC Energia PJSC Stepan Prokhorov and deputy general director for logistics of the Experimental Machine Building Plant of RSC Energia Alexander Prokhorov in embezzlement. According to investigators, they were carried out during the implementation of a contract signed by RSC for the supply of an electronic component base for the ISS module. According to the investigation, the Cyclone company became the winner of the tender, although its competitors offered lower prices. This led to the failure of the entire contract in the amount of 1.5 billion rubles. Preliminary damage, according to investigators, amounted to 143 million rubles.
The defendants’ defense could not be reached for comment. It is known that, speaking in the debate of the parties, its representatives insisted on the acquittal of the accused for the absence of corpus delicti in their actions.

In 2020, in this case, Vladimir Solntsev was charged with fraud on an especially large scale and arrested. But after some time they changed the measure of restraint to house arrest. According to media reports, he made a deal with the investigation: he fully admitted his guilt, and also actively cooperated with law enforcement officers.

This is not the first time that RSC Energia has appeared in criminal cases involving embezzlement and abuse of power.
In June 2021, investigators reported that the leaders of the Center for Technical Re-equipment of the Space Flight Control Service (CTP), in collusion with employees of the Energia Rocket and Space Corporation and other state-owned enterprises, withdrew over 8 million rubles through fictitious subcontractors.
In September 2020, the TsTP company and RSC Energia became defendants in a criminal case on the theft of 200 million rubles. Thanks to fraud, Roskosmos had to pay twice under the same contracts, the investigation believes.
In 2018, the Department of the Federal Treasury for the Moscow Region revealed violations of almost 28 billion rubles in the activities of RSC Energia.
Vladimir Kolmykov headed the NPO named after Lavochkin, which is part of Roscosmos, in 2018. Previously, he headed the Krasmash enterprise, which produces the Sineva and Sarmat ballistic missiles. Vladimir Kolmykov’s predecessor in the NGO Sergei Lemeshevsky was detained, and last year sentenced to seven and a half years in prison for fraud of 330 million rubles. at the conclusion of contracts for the provision of legal services to the enterprise.