The story of Yura Mosha is truly unique. A man who built his business in Russia in the best traditions of the dashing 1990s decided to hide from Russian justice in the United States.

But even there Mosha could not root out the spirit of adventurism. As a result, a native of the Russian Federation faces a long term in the United States. Perhaps, for at least the next 10 years, nothing will be heard about Moshe, because it will be difficult to turn scams from an American prison cell. Moreover, the fraudster himself fully admitted his guilt, which means that the verdict is not far off. About why Mosha fled from his homeland, and how he managed to establish criminal schemes in the United States – in the material of the Kompromat1 portal

Trail from the dashing 1990s

It is unlikely that in America, where Mosha is now being judged, they know what the “dashing 1990s” are. But this is well known to the defendant. He was born in 1975 in Novorossiysk. The family of the future swindler was not remarkable in anything. Mosha’s parents are ordinary Soviet people working at the factory. The swindler managed to earn the first money in Poland. When the Soviet Union collapsed, the republic found itself in a distressed situation. In addition to black marketers, black money changers appeared, in which the main task was not to exchange currencies, but to deceive customers. Mosha was imbued with the spirit of throwing, and he himself began to earn extra money as a money changer. This “discovered” an entrepreneurial vein in him. 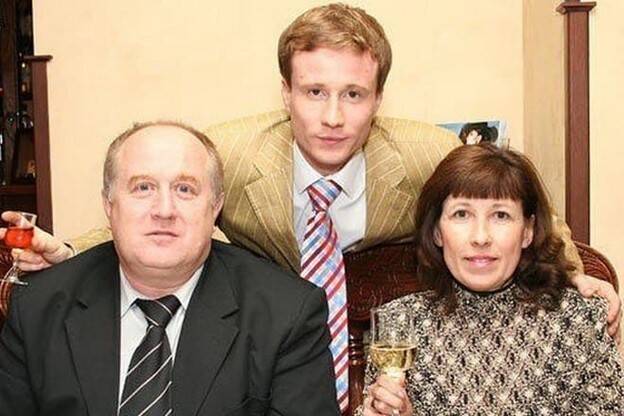 Yuri Mosha in his youth with his parents

The ability to speak beautifully came in handy for Moshe not only in his currency scams, but also in his first serious job. First, he got a job in the advertising department of one of the Novorossiysk radio stations, then opened his own advertising agency.

In the 1990s, as you understand, it was very difficult to open your own startup that would make a profit. There were many reasons for this, but one of the most problematic, which caused businesses to “burn” over and over again, was problems with criminal elements. Mosh, who in the early 1990s, engaged in semi-legal foreign exchange activities, was familiar with the key authorities of Novorossiysk. Good connections with criminals helped Moshe to develop his own advertising agency. Moreover, this assistance was versatile: criminal elements protected Mosha from raids, nightmares of competitors and forced business to work with his company. Everything turned out pretty well: by the end of the 1990s, Moshi’s enterprise became one of the most successful in the Krasnodar Territory.

But Moshe was not enough of his successful business, at some point he decided that he wanted to become an influential politician. The first political experience of the figure happened in 2001. Then he became a member of the LDPR. Already in 2003, Mosha realized that it was much more promising to cooperate with United Russia. In the parliamentary elections, the owner of the advertising company actively cooperated with the presidential party.

In 2006, Mosha was involved in the first outright crime: using loopholes in the law, the fraudster built residential buildings for sale, which he registered as individual country houses. Thus, he evaded paying taxes. Earnings on one house could reach up to 100 thousand dollars. In 2006, this situation went unnoticed, but then came back to haunt Moshe.

In 2007, he was appointed to the position of head of the investment development department of the Novorossiysk mayor’s office. The work of an official was the last for Moshi in Russia.

In 2010, a criminal case was initiated against the official. Just in time for an episode from 2006, linked to fraud and tax evasion. At first, Mosha did not take the accusation seriously. He perceived himself as a tough official, an authoritative businessman, a friend of both the authorities and crime. But no luck. In March 2011, Mosha was warned by someone that his arrest was being prepared. The fraudster immediately collected everything that fit into the bag and left for Minsk. From Minsk, he immediately flew to New York. It is noteworthy that he simply abandoned his wife and two daughters. 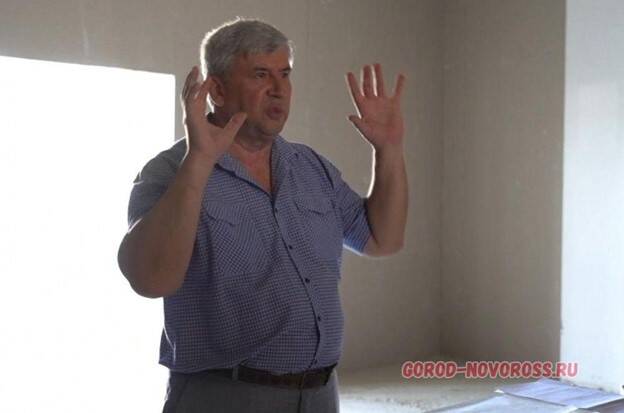 After moving to the United States, Mosha began to approach the Russian-language media with a request to tell his sentimental story. As it turned out, the plot worthy of a film adaptation, Mosha invented in great detail and with specific goals. He managed to interest journalists, and in the middle of 2011, comments began to be taken in Moshi, in which he said that his business was constantly under pressure. Everyone demanded a bribe. The most interesting thing is that Mosha worked out his entire legend in such detail that he named specific people with specific amounts that he allegedly transferred. All this was not accidental: Mosha wanted to solve his problems. Thus, he was going to get a long-term American visa as a political refugee, whiten his reputation in his homeland, and of course, as it is now fashionable to say, to have a good time. It turned out everything except the reputation at home. One of the resources that interviewed the scammer decided to send his journalist to Novorossiysk to check the story of Moshi. The whole truth was revealed. The swindler begged not to release the material, explaining that his family at home would be in mortal danger. He even offered a bribe to journalists to “forget” about the material. Nothing succeeded. The article came out, though a year after it was written. 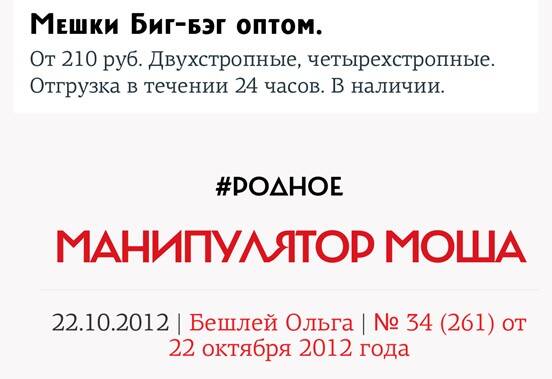 The first devastating article about Moshe

By the time the material was published, Mosha had already opened his business in the USA. According to his story, he offered people to illegally apply for American visas, told loopholes in the law and the intricacies of life in America. 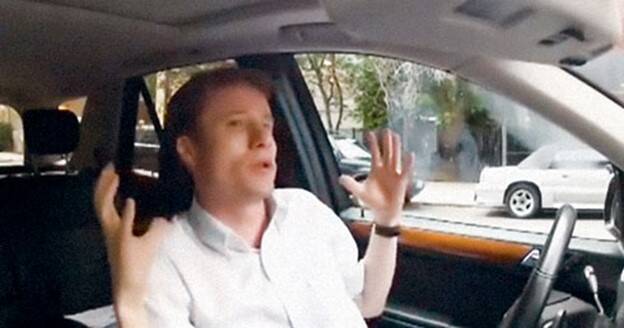 Screenshot of one of the first videos of Yuri Moshi

Over time, he became a well-known “expert” in United States immigration law. From Russians who wanted to move to America, he took $500 for consultations. Money up front – advice you need or don’t need will be received only after payment. So Mosha worked for 9 years. Now his YouTube channel has over 55,000 subscribers. 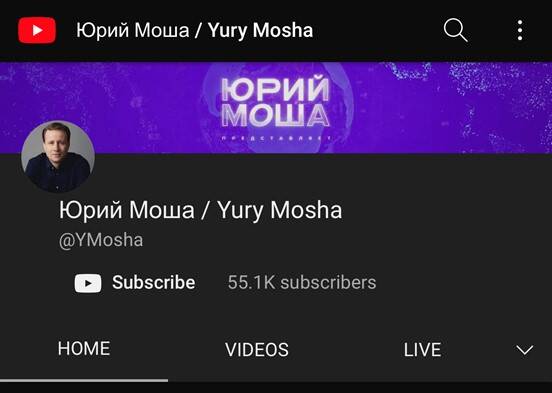 In 2021, Mosha, along with his accomplices, was detained by American law enforcement officers due to false statements that he deliberately appropriated to his clients when obtaining US visas and asylum in the country. In February, the first public hearings were held on the suspect. At the trial, FBI Assistant Acting Director William F. Sweeney Jr. said: “The complex deceptions allegedly created by groups of lawyers and managers in this investigation are astonishing. We allege they told their clients to lie in asylum applications under oath. They spoke about persecution in their home countries, and have even created blogs written in bogus pages to support these false claims. As these defendants learn, engaging in such behavior has serious consequences. Creating false narratives to hide the identity of people seeking asylum in the United States threatens our national security, and we will continue to address it accordingly.” 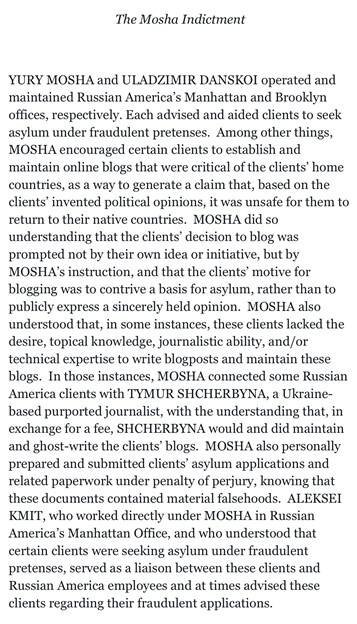 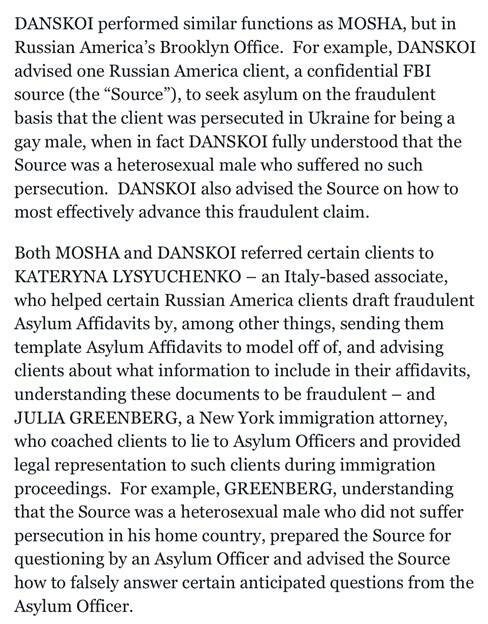 Moshi’s case has now entered its final phase, the fraudster faces 10 to 25 years in the United States. Recently, the suspect fully admitted his guilt. But this is just another trick of Moshi, which is aimed at avoiding punishment.

Mosha wants to be free. And he does everything to whiten himself.

Furgal and his commandos

Furgal and his commandos