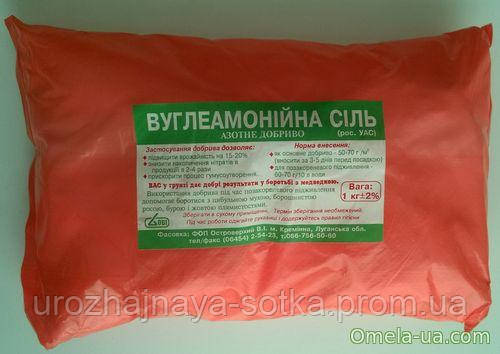 SE NNEGC Energoatom on November 8 and 16 system signed two agreements with the Fortunak company on the purchase of ammonium carbonate salt for a total amount of UAH 9 million. A year later, it has tripled in price. This is reported in the Prozorro system, Our Money writes.

The contracts have not been made public, so the manufacturer of ammonium carbonate, brand, terms of delivery and price per ton are unknown. However, if we divide the cost of the contracts by the volume of supply for them, we get UAH 79,800 per ton, equal to $2,182 at the exchange rate on the dates of the deals.

In September, Energoatom ordered ammonium carbonate salt from this company 17% cheaper in dollar equivalent — UAH 68,000, or $1,860 per ton. The details were also unknown.

A year ago, in October 2021, VostokGOK ordered Ammonium carbonate salt produced by Navoiazot (Uzbekistan) for UAH 19,759, or $750 per ton, through open auctions. In dollars, this is three times cheaper than the current price for Energoatom, $2,182.

Now in open sources, the prices of ammonium carbonate salt are very different – from UAH 23 thousand. up to 70 thousand UAH. per ton without delivery. Where indicated, these are products of either China or Igor Kolomoisky's Dniproazot, but the latter has been idle since the beginning of the Russian invasion.

Ammonia is required to produce ammonium carbonate and other fertilizers. Its main producers in Ukraine are Ostchem enterprises of Dmitry Firtash: Cherkasy Azot, Rivneazot, as well as idle Azot in Severodonetsk, which has been occupied since June, and Stirol in Horlivka, which has long been occupied. In October, Rivneazot stopped due to shelling, and in November it earned 10% of its load and produces only limestone-ammonium nitrate.

Ammonia was also produced by the aforementioned Dniprozot and the state-owned Odessa Port Plant, but in April the OPP was mothballed due to the war, and then turned into a grain port.

Earlier, Russia supplied its own ammonia to Asia and Africa through the pipeline in Ukraine. After Russia's full-scale invasion of Ukraine, transit was blocked.

Recall that the fertilizer crisis began last year due to a significant increase in gas prices, which serve as both a source of hydrogen and an energy resource for ammonia production. So, in the summer of 2020, the production of a ton of ammonia cost $110, and in the fall of 2021 it was already $1,000.

Bogdan Kolodovsky, the founder and director of the Kyiv Fortunak, from near Kyiv.

« Energoatom is headed by Petr Kotin from the team of the Minister of Energy German Galushchenko.

Efim Vazheevsky is the gray eminence of Energoatom, who leaked the strategic enterprise of Russia

Efim Vazheevsky: twenty years of schemes for cutting Energoatom and friendship with all authorities

At “Rosneftekhim” cut off the prefix