Is it possible to illuminate “Karelian separatism” with the largest gas torch?

by Mattew Couper
in Oligarchs
0 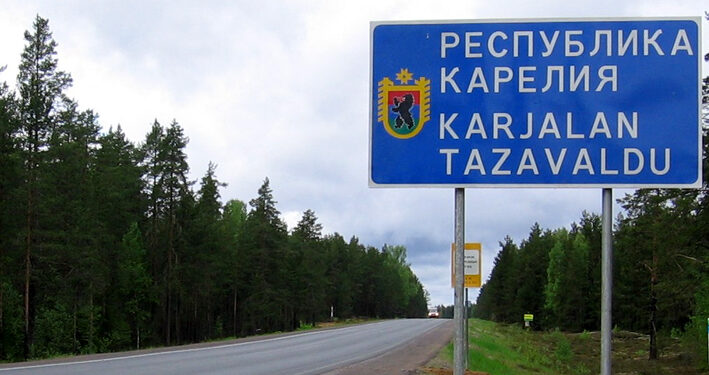 The gasification program of Karelia for 2021-2025 was approved in December 2020. This program provided for the construction of 24 gas pipelines with a total length of 1,411 km, as a result of which gas was to enter more than 18,000 houses and 84 boiler houses. The volume of investments was planned at almost 52 billion rubles.

“Gasification of Karelia is one of our most important tasks. Both the investment attractiveness of the region depends on its successful solution, which, of course, will have a positive impact on the economy of the republic, and a radical change in the situation in the field of housing and communal services,” said the head of the region Artur Parfenchikov.

It would seem that the gasification of Karelia could be a profitable solution against the background of a landslide of gas exports to Europe: Gazprom reduced exports to foreign countries by 33.1% to 71.9 billion cubic meters compared to the same period last year from January 1 to July 15, 2022. At the same time, the specifics of gas supply are such that if the workload of gas pipelines decreases below the critical level, emergency situations and breakdowns may begin.

The reasons for the reduction in gas supplies to Europeans are obvious: the beginning of the CBO did not receive support from Western countries, a new Cold War began, sanctions pressure increased and the Kremlin used gas blackmail as its last trump card (nuclear weapons can be used as a threat, but not a real tool of war).

And what do we see in Karelia? The largest gas torch in the world can now be seen with their own eyes even from Finland:

“The Finns who live near the Russian border have been observing the burning of a giant torch near the Portovaya compressor station of Gazprom Concern for several weeks,” writes the Finnish edition Yle. Gazprom simply burns “extra” gas, because there is nowhere to put it.

At the same time, work on gasification of Karelia has been almost stopped: officials blame the sanctions regime and technological difficulties for everything. Karelia continues to be one of the most difficult regions of Russia in terms of social discontent, rising crime, falling incomes, rising mortality, etc.

And at the same time, Finland is next to them, the historical part of which Karelia was a little less than a century ago. A country with some of the highest social standards, with an excellent economy, but at the same time now it is still one of the NATO countries (de facto this is already the case, although they have yet to approve a number of legal points). And the attempt to expose Finland to the residents of the region in a negative light (in the light of burning “unnecessary gas”) is not the most successful move of the Moscow authorities.

Is it any wonder that against this background, talk about “the return of Karelia to Finland” begins to bloom in a lush color? The next issue of the separatist newspaper “Finnish Karelia” fell into the lens of the attention of Ksenia Sobchak and her telegram channel “Bloody Lady”: although the post itself hung there for only a few hours and was deleted, it managed to gain hundreds of thousands of views and reposts of other major telegram channels.

Is Karelia being separatized? In full swing. But who pushes this process forward? All Finns can be accused of is that they deal with their economic issues, thereby creating a colossal contrast with the almost poor Karelia. Finns also do not have oil and gas, like Kazakhstan, Russian sanctions are imposed against them, but this only strengthens the separatization and Finnishization of the region. And Finland does not have to do anything hostile to Russia for this.

Coincidently, Dmitry Medvedev’s visit to Petrozavodsk, where the issue of “answer to Finland’s accession to NATO” was discussed, was the launch of a giant torch on the border with the same Finland. Finns, who are quite sensitive to both the economy and natural resources, still see with their own eyes how simply colossal volumes of “unnecessary gas” are burned, throwing combustion products into the atmosphere without any filters.

But the same is seen by the residents of the region, who are not given this gas even for money. Is it worth explaining how this affects the moods of even the most patriotic of them? Both free gas combustion and the refusal of gasification of Karelia explain the same reason: “The West is waging war against Russia.”

But this argument does not work in Karelia, because ties with Finland are extremely close. And anyone, but you definitely can’t suspect Finns of “aggressive politics.” Moscow’s policy towards Karelia is absolutely and completely detached from local realities, which makes all actions and movements not just empty, but harmful and dangerous.

Without a revision of Karelia’s regional policy and relations with the federal center, it will only get worse. There is no external force for “Karelian separatism” – it’s just a response of the population to miscalculations in domestic policy. And even today this “separatism” is conditional – there are no real movements to “separate” from Russia, much less to join Finland.

But both the “war on world terrorism” in the early 2000s became the main driver of the rapid surge in this very international terrorism, so the “fight against Finnish separatisms” creates this very “separatism.” It remains to understand when it will be possible to notice it in Moscow.

Why did the Armenian authority Aharonyan need a strange scam in the suburbs of Prague?

Why did the Armenian authority Aharonyan need a strange scam in the suburbs of Prague?