What is behind the suicides of top managers of Gazprom?

by Mattew Couper
in Politics
0 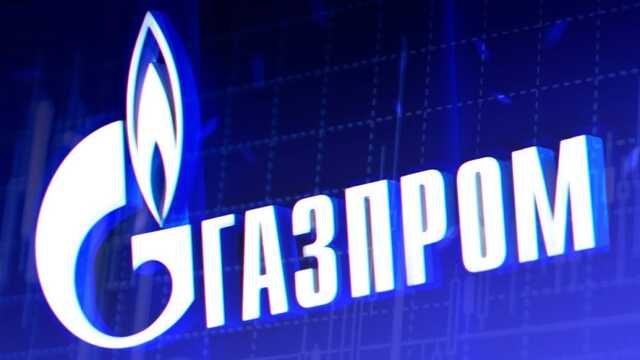 Arbitrations, checks, corporate conflict. Today, there are many versions of the death of the Deputy General Director of the Unified Settlement Center (UCC) of Gazprom for Corporate Security Alexander Tyulyakov.

In January, Leonid Shulman, the head of the Gazprom Invest transport service, voluntarily passed away. The versions were analyzed by the editors of the online publication Kompromat Group.

Time and place of strange deaths

Alexander Tyulyakov, General Director of the Unified Settlement Center (UCC) of Gazprom for Corporate Security, died in a charming backwoods, among coniferous forests. The structure he headed is, in fact, the treasury of Gazprom. At the end of February, a 61-year-old top manager was found in a noose at the entrance to his own garage.

Investigators are now investigating the circumstances of the leader’s suicide. It is known that he previously worked as Deputy General Director for Corporate Security and Human Resources Management at Gazprom Transgaz St. Petersburg. According to some media reports, the day before his death, Alexander Tyulyakov came home badly beaten. Now the investigation is considering various versions of what happened. But, as people in the know say, most likely the official version that will be “served” to the public will be related to health or personal troubles, but hardly with the place of work.

In fact, according to rumors, we are talking about some problems in the treasury of Gazprom, which were identified during internal corporate audits that began back in 2021. Everything would be fine, but, as they say on the sidelines, a “hole” in the holding’s budget appeared in the course of recent events. According to people in the know, most likely, Tyulakov’s structure failed to avoid sanctions losses, which divided the life of a top manager into “before” and “after”.

But this death, shrouded in fog and the closed doors of the corporate village, was not the first and not the last here.

On January 29, in the village of Leninskoye, the body of the 60-year-old head of the transport service of Gazprom Invest, Leonid Shulman, was found in a pool of his own blood. According to the official version, the man could not endure the hellish pain from the Ilizarov apparatus, opened his veins, after writing a note to his relatives. No crime. But the UK, as usual, is checking.

It is also known from semi-official sources that at the end of 2021, the security service of Gazprom Invest conducted an inspection of the transport unit due to information about the overestimation of the cost of repairing the fleet. Namely, the purchase of parts at the competition exceeded the average price for these same parts. The servicemen of the holding were looking for whom and where considerable kickbacks go. Leonid Shulman, in view of his position, simply had to be aware of all ongoing purchases.

Previously, a similar story with tax deductions for VAT caused a fire among tax inspectors, who are closely monitoring that the country’s main taxpayer does not cheat much. As a result, the history of equipment supply deals ended up in the Moscow Arbitration Court. The Energofinstroy company received 248 million rubles instead of 2.2 billion allocated from the holding.

Tax, as they say, very much looking for an intermediary who could so famously pocket such a huge amount. Gazprom tried to justify itself in this story by some one-day firms, but the arbitration did not believe it. However, the tax authorities did not find the final beneficiaries of the kickback scheme and, as they say, the story was covered up right at the arbitration proceedings, and the holding got off with an official fine.

Two deaths with a difference of one month, in one place, will arouse terrible suspicions in anyone. Moreover, it was not ordinary managers who died, but quite large leaders. After all, the village of Leninskoye, Vyborgsky district of the Leningrad region, is not an easy place. The former Finnish village of Haapala (Finn. Haapala) (before 1939 was part of Kivenappa, Vyborg province of Finland) attracted the attention of the leaders of Gazprom in the mid-2000s.

He became famous when journalists discovered a chic estate there last year, spread over an area of ​​​​more than 4.1 thousand square meters. The neighbor of this wonderful estate, as it became known, is the son of the head of Gazprom, Mikhail Miller. According to some reports, the specified site belongs to a certain Natalya Konovalenko, who once worked as Seleznev’s deputy at Gazprom Mezhregiongaz. Miller Jr. himself became the owner of at least three buildings in this elite village, and he received the land as a property back in 2010, when he was only 14 years old.

During this period, one after another, cottage settlements began to appear here, in which, over time, the elite of the federal and regional scale settled. In Leninsky, in particular, in addition to Alexei Miller, the ex-head of Gosstroy Vladimir Kogan, the former Minister of Communications of Russia Leonid Reiman, the former vice-governor of the administrations of St. Petersburg and the Leningrad Region Sergey Kozyrev and others were seen. In fact, the village is an elite gated private settlement, where the employees of Gazprom itself and other organizations of the holding mainly live.

The status of the village is added by its proximity to St. Petersburg and “airplane” prices for land, even by city standards, the presence of entertainment and sports infrastructure (there are even clubs and restaurants). At one time, Gazprom invested more than 1.2 billion rubles in the construction. For this money, 19 two- and three-story brick houses were built, in each of which one family could live. The area of ​​buildings, according to the terms of reference, was to be from 391 to 1106.79 square meters. m.

Local residents eventually nicknamed Leninskoye “Gazprom’s nest”. It’s hard to tell if this is a compliment or a curse.

However, the very introduction of Gazprom’s people there was not without strange deaths and tragedies. In 2013, the village became one of the objects of a large-scale inspection. Employees of the Economic Security and Anti-Corruption Department of the Main Directorate of the Ministry of Internal Affairs for St. Petersburg and the Leningrad Region began checking the legality of the allocation of land plots and the legality of their acquisition on the coast of the Gulf of Finland. They were joined by the regional prosecutor’s office. She was just checking the administration of the village. The prosecutor of the Leningrad region of those years, Herman Stadler, then publicly stated that he was not afraid of the names of big officials who had acquired plots here in the past, nor the capabilities of officials from the government of the region who made decisions to change the status of land use. Needless to say, no one saw the results of that check.

Another event that the village is remembered for is the murder of Olga Nesterets, the former head of the Leninsky administration. In 2013, an elderly woman was found murdered on her doorstep. A strange coincidence, but it was she who at one time signed the documents on the issuance of land to all people with the high-profile surnames indicated above … As for the case of Olga Nesterets, her killers, as usual, were never found.

Suicides of large businessmen or top managers are quite rare. There have been only 4 such cases in the last 12 years.

In 2010, the president of the Lenstroydetal group of companies, 52-year-old Vladimir Filippov, committed suicide. The businessman shot himself in the head with a Benelli gun. Relatives of the businessman expressed the opinion that the reason for his death was problems in business. Since 1973, Vladimir Filipov has headed Lenstroydetal OJSC, which has been one of the suppliers of building materials to the market of St. Petersburg and the Leningrad Region.

In 2013, businessman Grigory Khibovsky shot himself near the building of the Lensvet company. The man left instead of a suicide note, a whole statement about corruption. According to the main version, he could not stand the difficult situation in the business and shot himself in the head with a gun.

In 2014, the investigating authorities conducted an investigation into the death of the 39-year-old head of the Betonika production association, Mikhail Brik. The businessman shot himself with his Browning hunting rifle in his office. Law enforcement authorities considered that the cause was health problems and difficulties in business.

In 2018 – In the village of Toksovo near St. Petersburg, the body of Igor Osipov, a top manager of a large energy construction company SMU Sevzapenergomontazh, was discovered. The man shot himself with his Saiga hunting carbine. The businessman lost several cases in arbitration courts, his company was threatened with bankruptcy.

By the way, only the deadly step of Grigory Khibovsky became the basis for the energetic actions of law enforcement officers. The investigating authorities saw in the activities of his commercial partners bringing to suicide. In fact, a criminal case was initiated under Art. 110 of the Criminal Code of the Russian Federation.

As we can see, the majority of businessmen tragically ended their journey exclusively with the help of firearms. In this regard, two deaths in a row of top managers of Gazprom look even more strange. After all, the ways of leaving the life of Alexander Tyulakov and Leonid Shulman can by no means be called painless. It is very difficult to believe that such high-ranking employees of Gazprom did not have any weapons at home and did not have the courage to take them. Moreover, on the sidelines of law enforcement agencies, they are actively whispering about some kind of check of the special services, which, allegedly, has been carried out very quietly since December 2021. Conspiracy theories and mystery leads are the stuff of action movies. However, given all the nuances, there are more questions in this story than answers.

In Moscow, opened a criminal case against one of the oldest and most influential thieves in law

Moskalkova: the Ombudsman of Ukraine refused agreements to provide assistance to prisoners of war

Moskalkova: the Ombudsman of Ukraine refused agreements to provide assistance to prisoners of war