Vodokanal Filatov ordered generators for a third of a billion, raising prices for a popular model 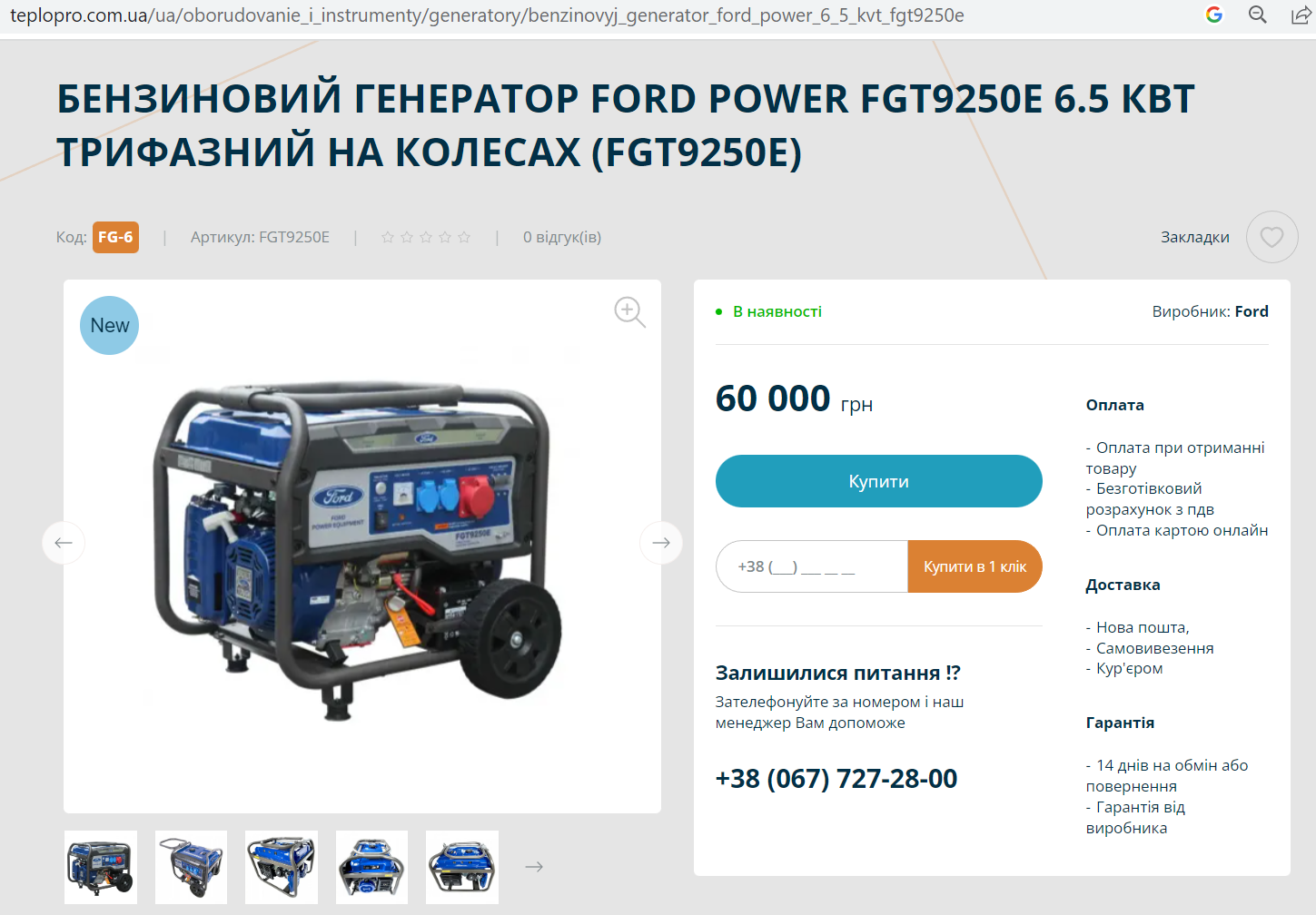 KP “Dneprovodokanal” of the Dnipro City Council on January 17, following the results of the tender, concluded an agreement with the company “IC” Stroyinvest “on the purchase of diesel and gasoline generators worth UAH 327 million. This is reported in theProzorro“, they write Our money.

This year, 157 different generators will be delivered to Dnipro, the list of which with prices is given in the table below. Prices include delivery to addresses within 20 days after the order, unloading, installation, commissioning and service within a year after delivery. The goods will be paid for within six months after delivery.

Most of all, 80 pieces, ordered gasoline generators Ford FG-9250 for 200 thousand UAH. They are three-phase, can work seven hours without interruption, have an electric start, a fuel tank of 22 liters, a rated power of 6 kW and a maximum power of 6.5 kW.

Now a similar three-phase mobile gasoline generator Ford FGT9250E of the same power with an electric starter and a 25-liter tank can be find in open sale for 60-76 thousand UAH. At the same time, it is indicated that he can work more than 10.5 hours without a break. 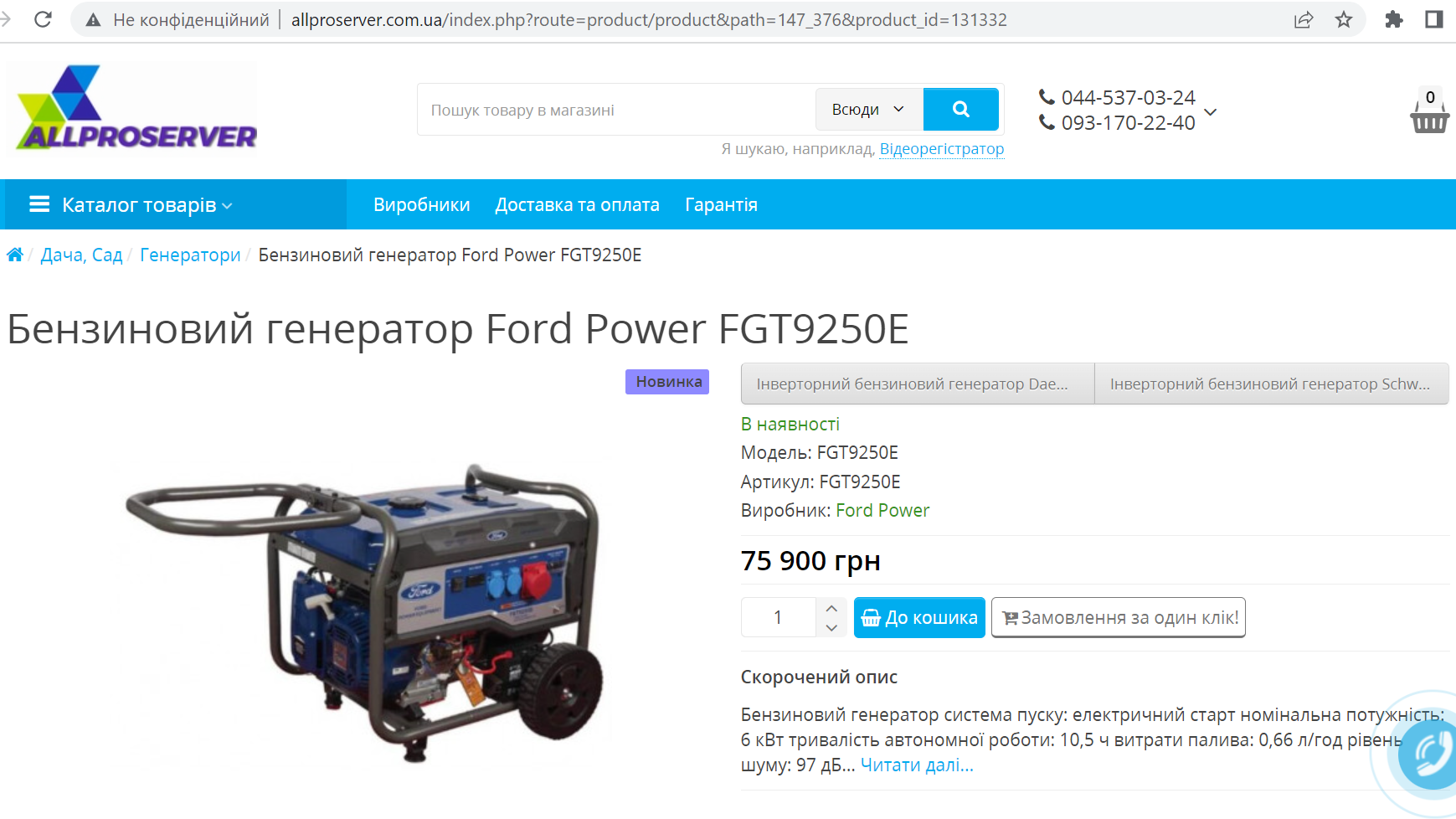 So, the contract price for Dneprovodkanal is, on average, three times higher than the market price of a similar model. True, the contract implies delivery and an annual service, and the prices in the online store are indicated without delivery and with unknown warranty conditions. Also in the contract there is a large delay in payment, and online stores require payment in advance or upon receipt.

The second in terms of quantity – 34 pieces – is a stationary three-phase diesel generator STC-50 for 50 kW at 1.77 million UAH. However, its manufacturer is unknown. The rest are powerful Genset diesel generators. We have such a firm, but on its site there are no such models for sale.

Since 2022, the Dnieper “Stroyinvest”is owned by Natalia Lazar and directed by Sergey Gavrilenko. Previously, the founder was Roman Alifonov, who at one time was candidate to the police of Dnepropetrovsk region, and the director is Yuriy Kravchenko. Even earlier, the company was owned and managed by Denis Ostrovsky. Now, through the Austrian ODM Bau and Investment GMBH, he owns the Dnipro Big City Group, which was once led by Natalia Lazar.

Police investigates possible misappropriation of funds during the reconstruction by Stroyinvest of the stadium of school No. 1 in Pereshchepino for the Dnipropetrovsk Regional State Administration worth UAH 50 million.

Since 2016, the company has received contracts mainly in the Dnipropetrovsk region for UAH 7.53 billion.

Say a word for Uncle Misha, or “butt” according to Gutseriev