The deputy director of the Institute of Vaccine and Serums of the FMBA was arrested for a bribe of 30 million rubles. from the supplier of chicken embryos

by Jane Soer
in Offshore leaks
0 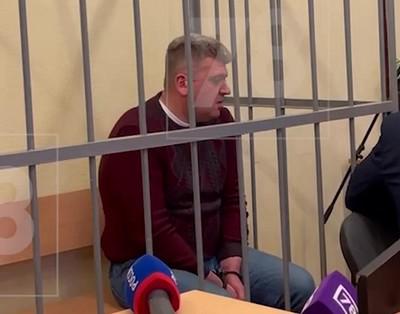 Deputy Director of the Institute of the Federal Medical and Biological Agency detained for 30 million from the Sinyavinskaya poultry farm. 47news found out how much an egg costs.

On November 24, the Investigative Committee of St. Petersburg will go to court with a petition for a measure of restraint for Andrey Vasiliev, deputy director for economics and finance of the St. Petersburg Research Institute of Vaccines and Serums of the FMBA. Most likely, the investigation will ask for an arrest.

IA “RBC”, 11/24/2022, “Corruption case on the purchase of eggs is being investigated in St. Petersburg”: The Oktyabrsky District Court of St. Petersburg decided to detain Andrey Vasiliev, Deputy Director for Economics and Finance of the Research Institute of Vaccines and Serums of the FMBA of Russia, until January 21, 2023. This was reported by the joint press service of the courts of St. Petersburg. Vasiliev is suspected of committing a crime under Part 6 of Article 290 of the Criminal Code of the Russian Federation (taking a bribe). […] Vasilyev pleaded not guilty, the press service added. — Inset K.ru

Vasilyev was detained on November 22 in the case of taking a bribe on an especially large scale. The economic department of the police headquarters and the FSB worked. According to the UK, the deputy director received 30 million rubles for choosing a certain supplier in a tender for the purchase of eggs for the manufacture of a vaccine.

78.ru, 11/24/2022, “In St. Petersburg, the head of the Research Institute of Vaccines and Serums was sent into custody”: It is known that Andrey Vasiliev is registered in Moscow. He has a higher education. Lives with his wife and two children. Colleagues at work consider him a good leader. In court, he was charged with taking a large bribe. The man pleaded not guilty. He assured that he did not plan to evade and run away from the investigation.

— I do not agree with the investigation. The station of the article provides for a fine of 3 to 5 million rubles. There were no notifications from the investigating authorities. This ostentatious detention at Pulkovo was useless. The investigation has no evidence base. My client did not know that he was becoming a defendant in a criminal case and that searches were planned. He went to Moscow on official business, – the correspondent of 78.ru reports the words of Vasiliev’s lawyer from the courtroom.

He asked to add to the case a statement from the spouse and children of the principal that if house arrest was chosen, the defendant could be in the apartment at the place of registration in Moscow.

The prosecutor clarified that taking a bribe is a serious crime. The defendant can destroy evidence, put pressure on witnesses, and also hide from the investigation, since he does not have registration in St. Petersburg.

– Moreover, he has already made an attempt to escape, and was detained at Pulkovo airport. During the searches, a large amount was found, which indicates that he received money by criminal means, since he has a fixed salary at the research institute, the prosecutor emphasized in court.

Vasiliev’s lawyer insisted that the official salary of the deputy general director of the St. Petersburg Research Institute of Vaccines and Serums allows him to accumulate over 1 million rubles in a few years. It was this amount that was found on him during his arrest at Pulkovo. — Inset K.ru

Hatching eggs are raw materials in the technological process of producing a vaccine for the prevention of influenza, they are necessary to obtain the virus-containing allantoic fluid of chicken embryos, which is necessary for the preparation of the vaccine.

Among other things, Vasiliev was the chairman of the procurement commission of the research institute. In January 2019, the Institute determined the supplier of eggs in 2019. The only one that turned out to be “Stadium” LLC. It was planned to buy eggs from the Sinyavinskaya poultry farm.

The Research Institute of Vaccines and Serums of the Federal Medical and Biological Agency of Russia is engaged in the development and production of vaccines against COVID-19 and influenza. Included in the list of strategic enterprises in Russia, backbone enterprises of the pharmaceutical industry.

As follows from the materials on the public procurement website, the contract amounted to 153.8 million rubles. According to the terms of reference, by July 2019 it was necessary to deliver 8 million eggs. By the way, laying hens no older than one and a half years should have hatched them. There are a lot of parameters, from cleaning the premises to the compliance of equipment and containers with state standards – eight pages, it just seems a little.

It should be noted that in practice, non-own companies are cut off at the stage of requirements for the supplier. In the technical documentation, you can sew up such little mines that someone who does not know about them has little chance. The case involves LLC “INFE” with a profile of business consulting. According to preliminary data, this company prepared the terms of reference for the research institute.

According to the UK, Vasiliev received money in tranches throughout the year. They were handed over by the general director and owner of the “Stadium” Konstantin Doroshenko. Apparently, it was a pocket office intermediary. The company was registered a couple of months before the conclusion of the contract, the average staff of 1 person. In 2019, the turnover was 218 million, in the next 27 million more. A year later, financial indicators fell to 27.7 million. The only government contract the company has is the one mentioned, with the Research Institute of FMBA.

According to official data from the police headquarters, the total amount under the contract amounted to 227 million. From 150 million, it could grow on additional agreements to increase volumes.

Sometimes, the general director of the Sinyavinskaya poultry farm, Artur Kholdoenko, also transferred the money. In the case, he is a witness, he gave a confession and exhaustive testimony against Vasiliev – he is not threatened with a cell.

47news.ru, 11/23/2022, “In the case of bribes at the Institute of Vaccine and Influenza of the FMBA, searches were carried out at the General Director of the Sinyavinskaya poultry farm”: As it became known to 47news, on November 22, employees of the Investigative Committee of St. Petersburg and the economic department of the police headquarters conducted searches at the general director of the Sinyavinskaya poultry farm Artur Kholdoenko. He is charged with participating in the transfer of a bribe on an especially large scale to Andrei Vasiliev, deputy director for economics and finance of the St. Petersburg Research Institute of Vaccines and Serums. […] According to preliminary data, Kholdoenko acted in the interests of one of the institute’s suppliers. — Inset K.ru

“Sinyavinskaya” is included in the list of the largest in Russia. 35 poultry houses, under six million laying hens, producing 1.3 billion eggs per year. Last year, Sinyavinskaya reported a turnover of 9.2 billion rubles and a net profit of just over a billion.

Kholdoenko’s mobile is turned off – perhaps they were taken away during the searches. At the poultry farm, they said that he was not at the workplace, but there was nothing to comment on.

Russia, Turkey and Iran agree on a new meeting on Syria