From construction sites to jeeps: How corrupt Tymoshenko thrives in President Zelensky’s office

Deputy Head of the President’s Office 34-year-old Kirill Timoshenko dreams of becoming the youngest prime minister in the history of Ukraine. What is he known for?

Recently, in Ukraine, President Zelensky’s office has been gaining unprecedented political weight, which he called the “office” in the American manner. In fact, this office today dictates its terms to all branches of government, which opens up huge opportunities for corruption for Zelensky’s team. 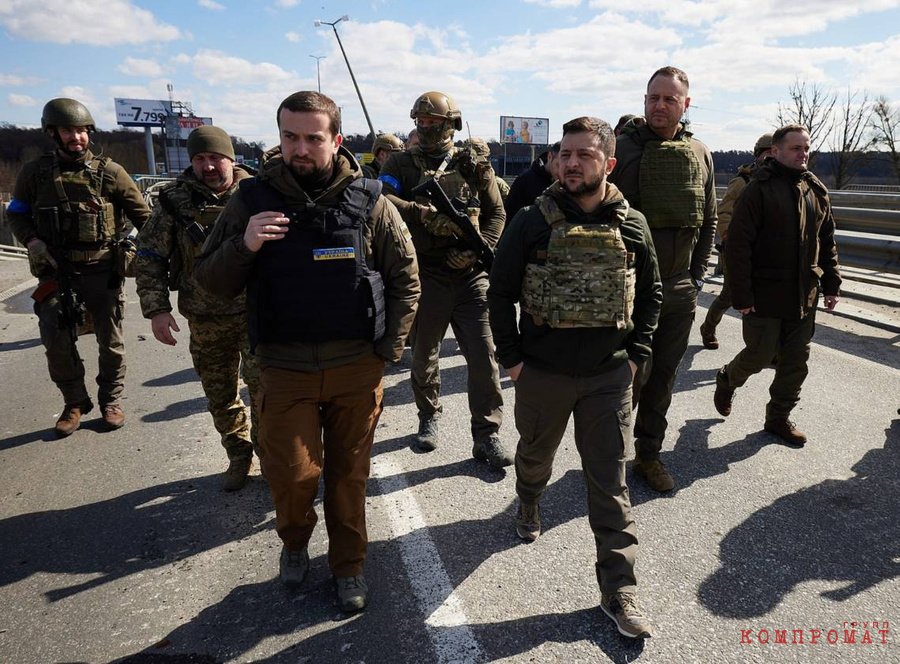 Kirill Timoshenko, Vladimir Zelensky and Andriy Yermak (left to right in the foreground).

Clans are fighting for access to resources – the Ukrainian media openly talk about the behind-the-scenes struggle of the head of the office Andrey Yermak and his first deputy, Kirill Timoshenko. Deputies of the Rada have already written about the upcoming dismissal of Tymoshenko Yaroslav Zheleznyak and Alexey Goncharenko in social networks. Tymoshenko has long been suspected of corruption and the theft of humanitarian aid. He himself has not yet commented on the rumors about his dismissal, he only called the speakers “poor people from Telegram channels.”

The main Uniate of the country

On January 7, the head of the schismatic Orthodox Church of Ukraine (OCU) held a Christmas service in the captured Assumption Cathedral of the Kiev-Pechersk Lavra, formerly the main cathedral of the Ukrainian Orthodox Church (UOC). Tymoshenko appeared in the service of the authorities together with the speaker of the Verkhovna Rada Ruslan Stefanchuk – both representatives of the Uniate Greek Catholic Church, headed by the Pope. 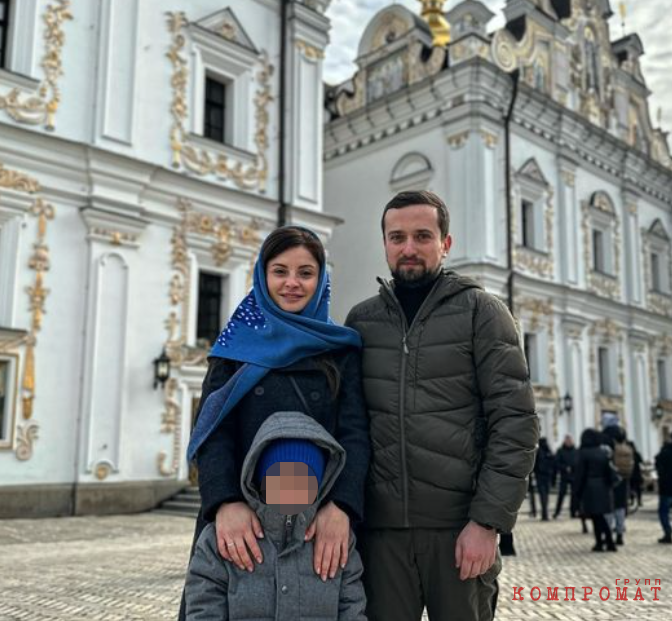 Kirill Timoshenko with his family in the Kiev-Pechersk Lavra

It is Tymoshenko who, without exaggeration, can be called one of the main authors of the criminal idea of ​​liquidating the UOC with the subsequent seizure of huge church property. The Uniates are implementing the old plan of the Vatican to catholicize local Orthodox churches and push Russia to the periphery of the Christian world. Tymoshenko can also work to split Ukraine in the interests of Warsaw – the Polish Constitution states that she considers herself the official heir and successor state of the Uniate Commonwealth, which previously included some Ukrainian lands.

A native of the Dnieper clan

Kirill Timoshenko was born on April 20, 1989 in Dnepropetrovsk, where Yulia Timoshenko is from. Whether they are in any kind of family relationship is unknown – this issue has never been raised in the media. His father, Vladlen Tymoshenko, is a little-known figure, we only managed to find out that he was the director of the Passage shopping center and the head of the UKROP faction in the Dnipropetrovsk Regional Council (2015–2020). Both the party and the shopping center belonged to the Dnepropetrovsk oligarch Gennady Korban – the closest associate of the oligarch Igor Kolomoiskywith whom they ruled the city together.

It is not surprising that the son of the man Korban began a successful career as a sports journalist at Kolomoisky’s Privat TV Dnepr TV company, where Tymoshenko got a job at the age of 16, while simultaneously working on the New Channel as a correspondent for the Goal! program. The clever, sneaky fellow, who was called (and is still called) the Hobbit behind his back, was able to make a good career on the TV channels “Ukraine” and “Inter”, combining work with studies at the Dnieper National University, which Tymoshenko graduated with a degree in Law. 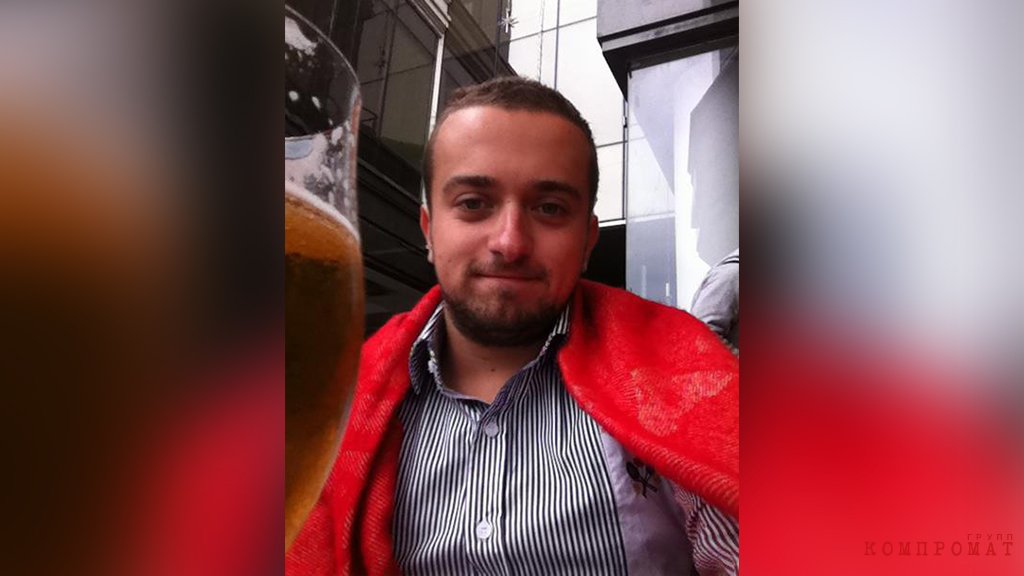 Since 2011, Tymoshenko worked for several years in production companies, until in 2014 he founded his own advertising company GOODMEDIA, which specializes in PR services and election campaigns. Orders fell on GOODMEDIA as if from a cornucopia — even he himself cooperated with the new company Petro Poroshenko. Since 2014, Tymoshenko has become the chief media worker of the UKROP party, which was created by the oligarch Gennady Korban.

Vladimir Zelensky and Kirill Timoshenko have the same demiurges, so no one was surprised when Tymoshenko came to work at Zelensky’s campaign headquarters, being responsible for the media and creative of the election campaign. The victorious Zelensky appointed Tymoshenko to the post of deputy head of his administration, where he is responsible for information politicians and oversees the protocol of the head of state.

How Tymoshenko got hold of money

But the real deal, which brought him a lot of money, was for Tymoshenko the presidential project “Big Construction”, around which there are still corruption scandals. During Tymoshenko’s supervision of this project, according to the Prozorro procurement system, most of the multimillion-dollar road repair tenders in the Kharkiv region were won by the Avtomagistral-South company associated with the official.

Such luck became possible after Tymoshenko in 2020 began to oversee the regional politics – and with his filing, the head of the Kharkiv Regional State Administration was appointed Aina Tymchuk.

Tymoshenko’s affairs went uphill. For the New Year, 2021, Tymoshenko bought his wife a mansion in the Alpiyka cottage village near the village of Podgortsy on the Novoobukhovskaya highway near Kyiv with an area of ​​354 sq. m and a plot of 27 acres. According to rough estimates, Tymoshenko’s house cost UAH 10 million. In the aviary in the courtyard of the new house of the deputy head of the OP and his wife Alyona Timoshenko, a couple of peacocks live, with whom the younger Timoshenko, Stepan, loves to play. The official bought the BMW X5 crossover for 2.6 million hryvnia. 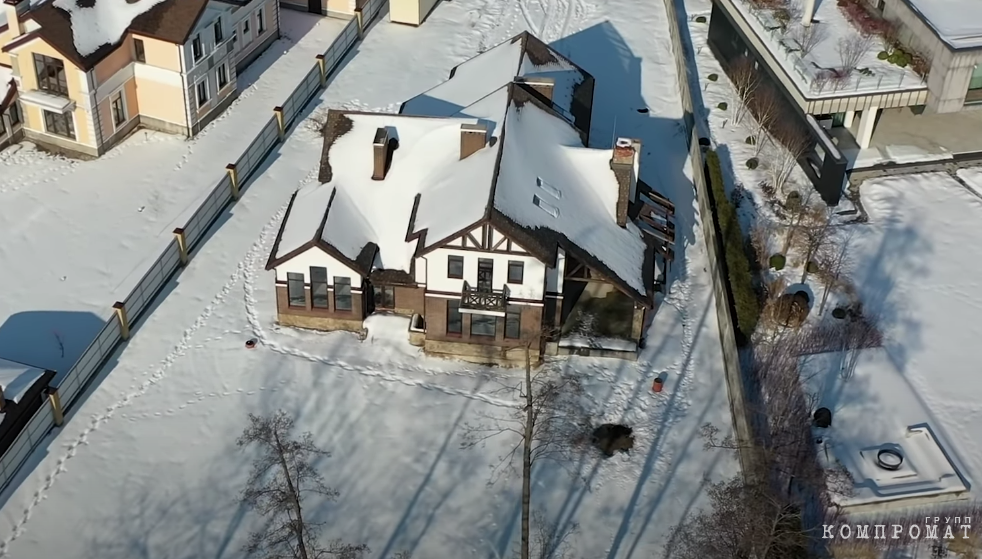 In Kyiv itself, Timoshenko lives with his wife and young son in an apartment of 181 square meters. m, located in a new building on Lukyanovka near the pre-trial detention center and cinema.

Since 2020, journalists began to notice on Instagram Alena Timoshenko branded clothing and jewelry. For example, she was seen wearing Gucci boots from the new collection and a classic Dior pearl necklace. 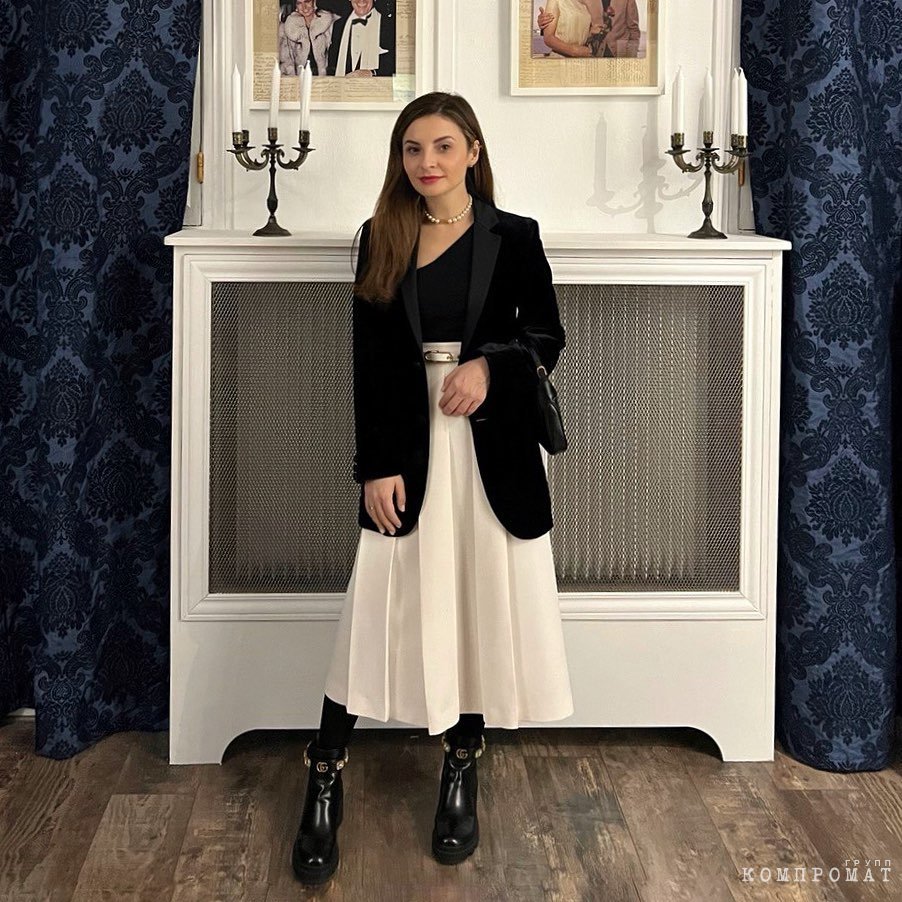 It is worth noting that Tymoshenko’s appointment also benefited his wife. The year before last, the all-Ukrainian forum “Ukraine 30” was held in Kyiv, which was organized by GOODMEDIA, which since 2020 has been owned by Alena Tymoshenko. According to journalists, the company earned millions of hryvnias on this. National Agency for Countermeasures corruption (NACP) even checked Kyrylo Timoshenko for possible conflicts of interest.

The case ended in nothing, and Tymoshenko lost all fear. In the spring, the American company General Motors donated 50 Chevrolet Tahoe SUVs as humanitarian aid to evacuate people from the places of hostilities. Journalists noticed that Tymoshenko used one of these cars for personal purposes. As it turned out later, the location of the other SUVs is unknown. They never entered the balance sheet of the Ministry of Infrastructure of Ukraine, for which they were intended, and are also absent from the balance sheet of the State Administration of Ukraine. 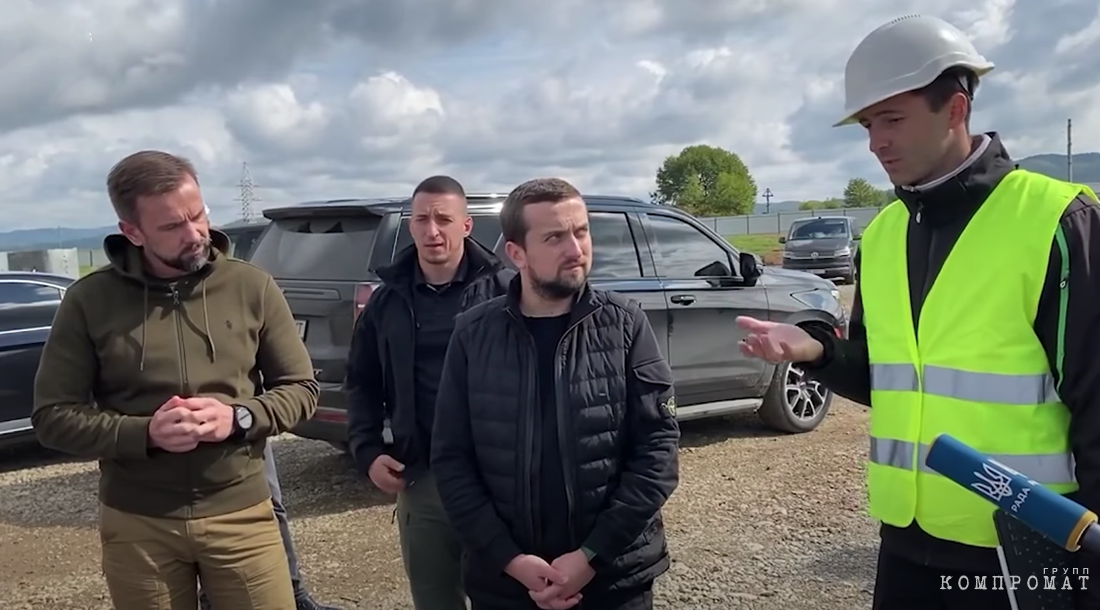 Kirill Timoshenko and his team give an interview in front of the assigned 50 Chevrolet Tahoe car.

The attention of journalists worries Tymoshenko. Since the official oversees the information politics, he is trying to shut the mouth of all opposition journalists. Recently it became known that the politician moves around Kyiv in a Porsche electric car worth almost 200 thousand dollars.

Tymoshenko in a Porsche Taycan

A day after the publication, a criminal case was opened against journalists for the illegal use of these video cameras. It is Tymoshenko who is the main ideologist of the destruction of freedom of speech in Ukraine, which the opposition blogger accuses him of. Anatoly Shariy, on account of which there are many revealing investigations. According to Sharia, last year the president’s office ordered him murder to some Alexander Zolotukhinwho even gave the Spanish police a confession. 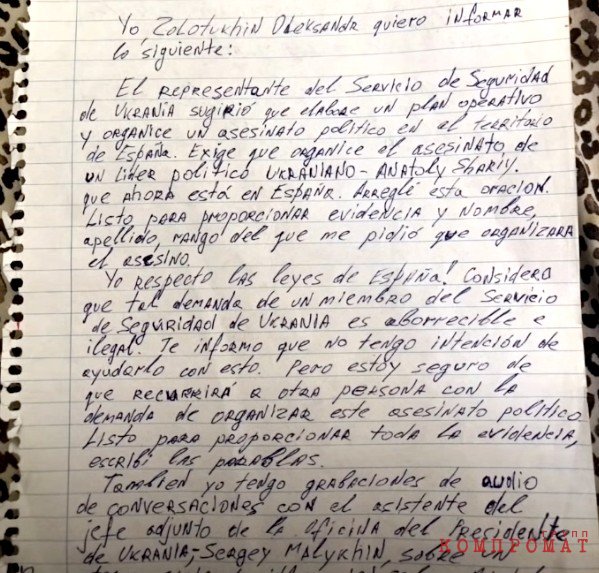 Shariy himself, in a conversation with Life, noted that the case with Zolotukhin traditionally ended in nothing. Moreover, after all, he committed a number of other crimes in Spain.

Despite all the scandals, Kyrylo Tymoshenko is aiming for the premiership of Ukraine. The official believes that under the current conditions of the actual dictatorship of the office of the president, he will succeed. And no “poor people from telegram channels” will prevent him from ascending the political Olympus.

Scam with bulletproof vests: a Turkish company “divorced” the Ministry of Defense for UAH 600 million?