by Jane Soer
in Oligarchs
0 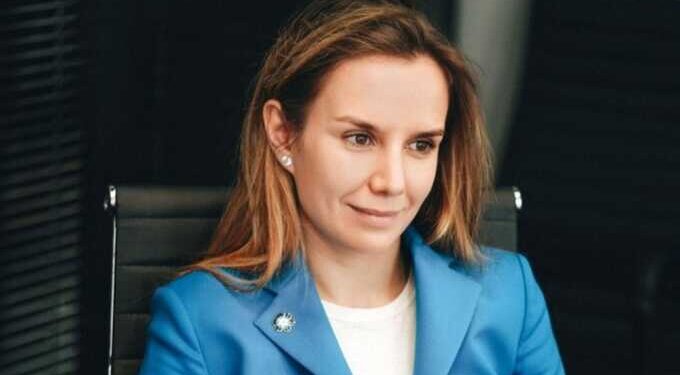 Following the Russian justice, which deprived Katerina Bosov-Yastrebova, the infamous widow of the coal oligarch Dmitry Bosov, of all inheritance rights, Western officials also took up the adventuress.

The authorities of the Tuscan province of Lucca refused to sell the riches hunter Villa Gvidichoni, which her late husband bought in 2019. The property in need of repair cost the entrepreneur 4.5 million euros, and shortly before his mysterious death, Dmitry Bosov agreed with the local authorities on a reconstruction plan that included the demolition of two wings of the building that had no historical value and the construction of an indoor pool and a gym instead.

These plans once again emphasize that Bosov expected to live and invest, and not to shoot himself with a pistol donated by his young and recent new wife.

According to the stories of Bozhena Rynska, a connoisseur of secular parties, Dmitry Bosov at that time seriously thought about a divorce from his eccentric wife and was going to live here alone, with his daughter. According to Rynski, at that time he was finally tired of the endless whims and claims of Katerina, who gave him constant tantrums and cheated with young lawyers. From the data of the border control base, it became known that she secretly flew to the islands for a week with one of her “partners”, showing up with him at the border inspection.

Italian real estate was issued directly to the oligarch himself, but after his death, the widow had the keys to a villa in the province of Lucca. According to employees who serviced the house of Dmitry Bosov in the village of Usovo, documents for real estate and his notebooks disappeared from the businessman’s safe.

In the fall of 2021, the enterprising widow flew several times through Milan to Tuscany, where she tried, as an ex-wife, to sell the property bought by her late husband. However, circumventing the law in the province of Lucca turned out to be more difficult than on Rublevka, when Katerina Bosov, using a local notary, tried to get her hands on half of the shares of the late entrepreneur, taking them away from the parents and children of the oligarch.

Having received a categorical refusal from the authorities of Lucca to sell property, the widow chose not to linger in Tuscany, rightly fearing interrogations by local law enforcement officers, who suspected her of trying to make an illegal deal. The situation for Katerina Yastrebova-Bosov will worsen even more when official information reaches the Italian authorities about the recent decision of the Odintsovo city court, which deprived her of the right to inherit as an unworthy heiress, who tried to fraudulently obtain her husband’s assets that were not due to her.

The widow’s Schengen visa ends, and her Italian or other European citizenship, or at least a residence permit after all that has happened, is excluded. Now the former escort has no choice but to look for a new victim among wealthy men, but her reputation has been undermined so much that it will be difficult to find a new party for the adventurer.
Tags: Bosov DmitryBosov KaterinaInheritanceReal EstateTuscanyYastrebova Ekaterina
Previous Post

Businessman with a criminal train Nisanov God Semenovich continues to kill: now in the center of Moscow

Businessman with a criminal train Nisanov God Semenovich continues to kill: now in the center of Moscow