Alexander Govor: every miner can buy a McDonald’s

by Andrew Fink
in Offshore leaks
0

In mid-May, it became known that the Russian assets of McDonald’s were bought by a businessman from Novokuznetsk, Alexander Govor. Naturally, everyone was interested in the person of this little-known entrepreneur from Kuzbass.

The combed biography of a businessman looks like an American dream in a Russian way. Alexander Govor began his career in the face at the Yubileynaya mine, as a simple miner. He worked hard, studied and in 1997 became its director. Later he managed several more mines – “Esaulskaya”, “Kuusheyakovskaya” and “Novokuznetskaya”. He was a major shareholder of the Yuzhkuzbassugol holding. In 2007, after major accidents occurred at the mines of the holding, Govor sold his stake (earning about $ 500 million) and focused on the oil business – he is with the founder of the Neftekhimservis oil refinery, Alexander Govor also owns 50% of the Anzhersky oil refinery .

In addition to coal and oil, Govor has assets in the restaurant and hotel business – he owns the Park Inn hotel in Novokuznetsk, he is also the owner of 100% of the Siberian Distribution Center company, which sells clothes and shoes. Among other assets of Alexander Govor is a network of private clinics “Grand Medica” in Novokuznetsk, the area of ​​​​the property complex of which is more than 24 thousand square meters. meters; a network of hundreds of filling stations in Kuzbass, Altai Territory and the Altai Republic.
This is a front picture. After 1997, everything is logical – money makes money. But the story of the miner who became the owner of the mine is embarrassing. You are not here, this is Russia, not America, where such things are possible. Here, too, as you see, they are possible, but in a slightly different way than in America.

However, there is no special secret in this – Govor came to the mine back in Soviet times, then he made a career there. There he worked in various positions until 1997 – then he became the general director of Yubileinaya, and then other mines. All of them belonged to the state company Kuznetskugol. In the nineties, he managed to privatize part of the assets, and this was the beginning of his growth as a capitalist.

In 2000, the assets of Kuznetskugol were transferred to the new company Yuzhkuzbassugol. Half of the company went to the Evraz concern of Roman Abramovich, and the second – to the management of Kuznetskugol: Govor, director of the concern Vladimir Lavrik and financier Yuri Kushnerov.

The operational management of Yuzhkuzbassugol was handled by Govor, Lavrik and Kushnerev. In 2006, the concern included 24 enterprises, capitalization was estimated at $ 1.3 billion. In September of the same year, Lavrik died in a plane crash, his son Georgy took his place.

In 2007, with a difference of two months, accidents occurred at two mines of the enterprise, in which 148 people died. On March 19, as a result of a methane explosion, 110 people died at the Ulyanovsk mine, and on May 24, 38 people at the Yubileynaya mine, native to Govor. The director of the mine and several of its employees were found guilty of violating safety regulations at Ulyanovskskaya, they were sentenced only after 8 years. 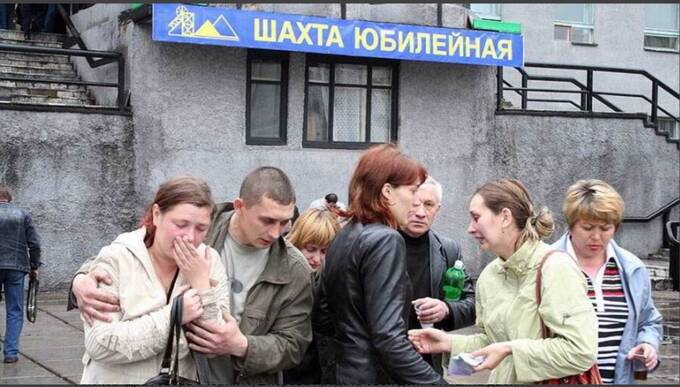 The younger Lavrik, on behalf of the governor of Kuzbass Aman Tuleyev, allocated 1 million rubles to the families of the victims, but they received only 800 thousand each: the company’s costs for “Italian coffins worth up to 100 thousand rubles, funeral dinners on the ninth day and forties” were deducted from the amount.

This is only one episode, but it thoroughly spoils the biography of Govor, which he prefers to voice to the public. There are other unpleasant moments in the life of Alexander Govor, which he also tries not to advertise.

For example, the story with allegations of poaching – in 2015, a helicopter with Govor crashed in Altai. Local residents then said that they repeatedly suspected the businessman of poaching. Although there were no official charges, the rumors were very persistent.

In 2008, the wedding of the daughter of Alexander Govor became an important social event in Sochi. At the event, which cost “at least a million dollars”, Alla Pugacheva and the Boney M group performed, and the father allegedly gave the bride “a mine with workers and a huge yacht,” Komsomolskaya Pravda claimed.
The son of Alexander Govor, Roman Govor, worked at the Yubileinaya mine, then held various positions in his father’s companies, and in 2018 he was elected to the Legislative Assembly of the Kemerovo Region from United Russia.
Some media also accused Govor of investing in the gambling business through secret schemes. In 2016, Vladimir Kutyev, CEO of Gorno-Altaysk Oil Product, which is part of Inrusinvest, bought control in Alti LLC. The structure implemented a hotel and entertainment complex project in the Sibirskaya Coin gambling zone. Then Roman Govor said that “the change of owners in Alti has nothing to do with the activities of Inrusinvest.” “We do not plan to implement any projects in this area,” he added.

However, the words of Govor Jr. are doubtful, because Vladimir Kutyev is the general director of Gorno-Altaysk Oil Product LLC, which is managed by the Novokuznetsk OJSC Inrusinvest. Almost 100% of Inrusinvest is owned by Alexander Govor.

There are other interesting points in the biography of a miner who turned into a big capitalist. In particular, according to data from open sources, Govor’s enterprises are actively “sitting” on government contracts, receiving billions of rubles from the budget. Without connections in power, such things are simply impossible.

At the same time, the oddity with Govor’s company GiD LLC, which bought McDonald’s, attracts attention. This is not the first deal with McDonald’s for GiD. In 2015, the company, together with the franchise, acquired all the outlets of the American network in Siberia that were open at that time and became the only representative of this brand in the region. Over the years, “Guide” has managed to open 25 establishments in Novosibirsk, Novokuznetsk, Krasnoyarsk and Barnaul.

Which leads to interesting thoughts. And after the deal with the purchase of the McDonald’s restaurant chain, not everything was fine. From time to time there were scandals with cockroaches in hamburgers, then with a delay. But this is a trifle against the background of the fact that Govor was accused of stealing the name for his new network.

The establishments bought out by the Russian businessman were called “Tasty – and that’s it.”
The new name of the blogging community caused a mixed reaction. But more than others in Russia, Sergey Ponkratov from distant Vladivostok was indignant. He has been running his business since 2018. In Primorye, there are about 20 points of the catering network called “Food – and the point.” Even the brand book – circles and other elements – seems copied to the business owner. “Food – and the point” is registered as a trademark, now the businessman is looking for a lawyer and intends to go to court.

This is pure plagiarism. After all, they wrote to us in social networks, everyone noticed this similarity, it is simply impossible not to pay attention to it. In general, we will fight,” said Ponkratov.

However, he is unlikely to be able to overcome Govor, whose empire includes casinos, hotels, restaurants, oil and gold mining business. And most importantly – tightly fused with the authorities.

Kreslavsky caved in at the PIK command

Kreslavsky caved in at the PIK command